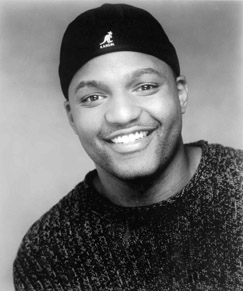 Most of the time when we hear about a Spears in the news, it’s predictable, sad and has to do with an unwed pregnancy. That’s why it was nice to hear and see Aries Spears, the comedian, at the Hollywood Improv.

Spears brought news that had nothing to do with Britney, Jamie Lynn or any other celebutantes, which was refreshing, and he brought the laughs.

With his hilarious takes on the presidential election, the right spot (literally) for sex, cupcakes and laziness, the man who used to be the reason I watched “Mad TV” was even funnier up close and personal. Spears finished up his set with what has become his trademark: spot on impressions of LL Cool J, Snoop Dogg, DMX and Jay-Z doing incredibly realistic hip-hop song.