Gemma Hayes: The Hollow of Mornin 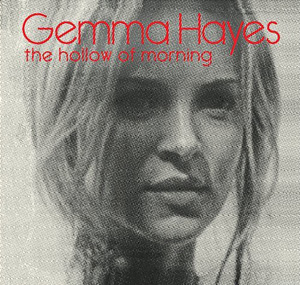 The amorphous genre of singer-songwriter music can be really hit-or-miss. Some albums have the ability to transport the listener into the songwriter’s world for at least the duration of the listen and can stick to your ribs for weeks or even years.

Other albums, however, just don’t keep your attention for more than a song or two. The Hollow of Morning, Gemma Hayes’ third album, is unfortunately one of those.

The opening acoustic guitar of the first song is suitably moody and intriguing, but very soon the whispery doubled vocals derail the effort. There are some nice guitar parts interspersed throughout the record, but overall the singing style is too distractingly precious, as if every lyric is a gem barely visible in the soil.

Too often Hayes’ words are spoken instead of sung and sometimes trail off into a kind of languor masked as melancholy. Hayes’ performance actually seems better suited to the album’s couple of indie rock numbers, like “Out of Our Hands,” which has a vaguely Pixies-sounding guitar. She doesn’t whisper when the music’s louder.

I hate to criticize someone else’s emotional art, but perhaps she’ll put it all together better in her next go-round.

The Hollow of Morning is currently available.