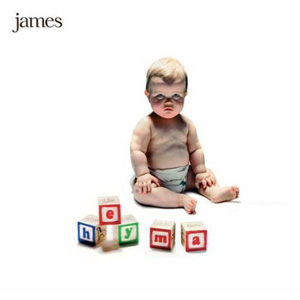 James has had far more success in their native United Kingdom than they have in the United States; here they’re primarily noted for “Laid,” the hit song culled from their 1993 album of the same name. Hey Ma, the first James studio album in 10 years, is unlikely to do anything to change the band’s stature in America, as it does not reflect the band at its creative best.

Almost half of the album is filler; among the baddies are the overblown “Upside” and the pointless commentary of “Whiteboy.” The album is not a total loss though.

“72” features percolating keyboards and a very appealing aura of mystery as singer Tim Booth apparently confronts God. “Hey Ma” is an anti-war song with an appropriate feel of a march about it; the song sounds very Irish for a band from Manchester.

“Bubbles” features a chanted chorus of “I’m alive,” and the song could be a statement about the revival of the band. Whatever its inspiration, the song effervesces with joy (and a few horn flourishes), but it sets the bar a little too high for the band to match with the rest of Hey Ma.