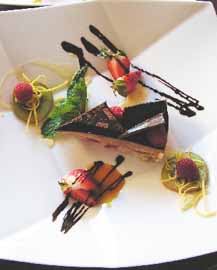 While many Oscar parties are usually no more than a who’s who of the moment with a few models and rock stars thrown in for good measure, there are a few parties that are for a cause. On Oscar night, Children Uniting Nations hosted its 6th Annual Awards Celebration for foster and homeless children. Hosted at The Factory in West Hollywood, the foundation recognized the great opportunity to bring the Hollywood community a chance to give to charities and enjoy the Academy Awards in a celebratory atmosphere.

The Children Uniting Nations mentoring program serves as an aid for under-privileged children who would otherwise not have a voice to express their feelings on the world’s political and environmental state. It is the program’s mission to give today’s youth an active role in these areas in hopes that as our children mature they will have the vision of global citizenship, “thereby creating a truly international organization free from the limited vision that defines self-interest agendas.”

This year, the black-tie gala featured a viewing party of the star-studded, Oscar event, a formal dinner featuring amazing creations by 11 of America’s Top Chefs and a grand finale performance emceed by Paula Abdul, featuring some of music’s hottest acts such as Wyclef Jean and Chaka Khan.

In addition to all the entertainment, a live auction where attendees could bid on items including the works of artist Geoffrey Dread was part of the festivities. Attendees included Pamela Anderson, Paris Hilton, Stephen Dorff and Kenneth “Babyface” Edmonds.

With 11 culinary experts at the helm, you can only imagine what the cuisine consisted of. Each chef had a unique vision of colorful ingredients beautifully arranged to entice attendees.

Of special note was the second course presented by charismatic Todd English, who offered a roasted lobster with crab-stuffed morels, mint couscous and curry emulsion. In 1994, the prestigious James Beard Foundation named Chef English Best Chef in the Northeast. English has also made several television appearances, including one on “Martha Stewart Living.” If you’re ever in or near Charleston, Mass., stop by his Mediterranean-inspired flagship restaurant, Olives.

Other displays ranged from seared black bass with blood orange and chestnuts, from one-time TV star Rocco DiSpirito, to Ming Tsai’s wildly imaginative miso-sake marinated butterfish with vegetarian soba noodle sushi, wasabi oil and soy-lime syrup. Chef Tsai’s marriage of Eastern and Western flavors can be found at Blue Ginger restaurant in Boston, Mass. You might have also seen his Blue Ginger cookware at your local Target. He hosts a weekly show on the Food Network called “East Meets West with Ming Tsai” on which he shows those of us who are not masters of the kitchen how to make simple but elegant fusion recipes.