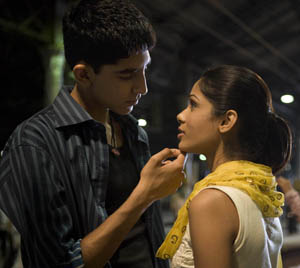 In a recent L.A. Magazine poll, Amoeba Records was declared the “No. 1 best place” in Los Angeles. Right next door to this classic music store is ArcLight Cinemas on Sunset, complete with stadium seating and gourmet caramel and butter popcorn, and it’s soon to be host to the AFI Fest 2008.

The festival, sponsored by Audi, will run Oct. 30 through Nov. 9 and promises to be two weeks of thought-provoking, emotionally powerful films for both the film connoisseur and occasional moviewatcher to enjoy. AFI has chosen Doubt for the opening night gala, at the ArcLight’s Cinerama Dome, Oct. 30. The film is directed and adapted by John Patrick Shanely from his Pulitzer Prize and Tony Award-winning play, “Doubt.”

Other exciting events include tributes to Danny Boyle and Tilda Swinton. Boyle’s new film, Slumdog Millionaire, will premiere at the festival, while Swinton’s tribute will feature an hour-long retrospective clip of her career. Most films will be followed by Q&A sessions with the filmmakers, writers and casts.

AFI Fest offers a crucial avenue of exposure for the entertainment industry and community, and provides appreciative film audiences with a festive atmosphere and the best in international film, right here in Hollywood.