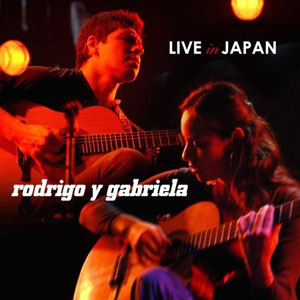 Although it’s difficult to classify the music of Gabriela Quintero and Rodrigo Sánchez, the fiery talent of the duo onstage is something that is undeniable. The electricity of their live show is evident on their latest release, Live in Tokyo.

The album captures the Mexican acoustic rockers – who are currently based in Dublin, Ireland – making their live Japanese debut at Tokyo’s Duo club on March 30, 2008. The frenetic pace of their fretwork is captivating on songs like “Tamacun” and “Diablo Rojo” and covers of Metallica and Led Zeppelin.

Standouts of the CD are the solo jams from the rhythmic classical guitarists. A DVD of highlights from the Tokyo performance is also included in the album package and conveys how captivating two people with guitars in hand can be on any stage in any country.

Live in Japan is currently available.