Ballast: The Details of a Stranger's Life 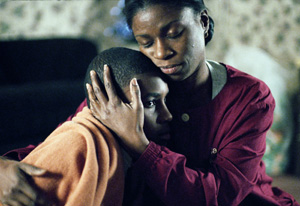 Ballast is a haunting and emotionally raw film that explores life in the Mississippi Delta. It tells the story of Marlee, a single mother, and her son, James, as they struggle to survive amidst oppressive poverty and the threat of violence. They find an unlikely ally in the form of Marlee’s brother-in-law, Lawrence, a man racked with grief over the death of his twin brother.

Ballast is writer and director Lance Hammer’s first feature film. So what kind of authority does a California native have in telling the story of people in the Delta?

“I know grieving and the sense of futility,” he says, adding, “The actors created their own language.”

Similar to writer/director Mike Leigh, Hammer let his actors – all non-professional, save one – create their characters and dialogue without having to rely on the script, a brave thing to do for a first timer.

Though Ballast is Hammer’s first foray into the world of writing and directing, it’s not his first time working in Hollywood. A graduate of the University of Southern California, Hammer received his degree in architecture and began working as an art director in the studio system.

Then Hammer chose to step back and do something different: write a screenplay and make his own movie. It was a good decision and one that Hammer followed through for several years, garnering him the 2008 Sundance Film Festival’s Directing Award.

After Sundance, Hammer made another choice: to distribute the film himself. For what Hammer was being offered from distributors, the first time director decided he could do just as good a job on his own.

“There wasn’t any other responsible choice.”