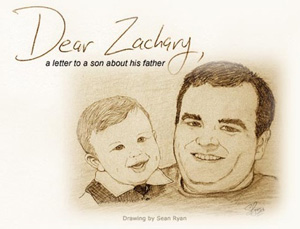 Dear Zachary follows the events that occurred after the murder of Dr. Andrew Bagby on Nov. 5, 2001, in Pennsylvania. Released seven years after the incident, this documentary was initially made as an attempt by his oldest friend to keep Dr. Bagby’s memory alive. However, it soon took on a life of its own.

After the initial investigation showed that Dr. Bagby’s ex-girlfriend, Dr. Shirley Turner, a native Canadian, was responsible for the murder, Dr. Turner manages to flee to Canada. Nonetheless, despite the compelling evidence against Dr. Turner, Canadian authorities fail to take proper actions against her, and she’s extradited to the U.S. for prosecution. Meanwhile, Dr. Turner gives birth to Zachary, Andrew’s son, whom this documentary was made for.

This real time documentary, written, directed and produced by Kurt Kuenne, is made in many ways reminiscence of any big budget Hollywood movie. The narration and storyline are so captivating that the viewer forgets these events are not a work of fiction. So much so, that when you’re faced with the shocking conclusion, you can do nothing but stare in disbelief.