James Morrison: Songs for You, Truths for Me 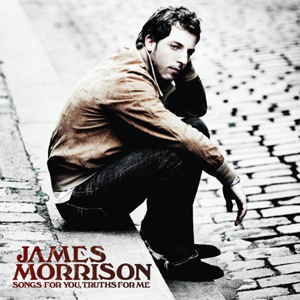 When James Morrison released his stirring ode to yearning, “Wonderful World,” in 2007, it became one of the breakout hits of the year. Anyone listening could tell that the track was one of those rare moments in music when lyrics and melody aligned to create something stellar.

But does Morrison’s latest release, Songs for You, Truths for Me, live up to his former glory? After hearing the first few tracks, it was hard to tell.

Most of the songs, like “Save Yourself” and “Once When I Was Little” have nice moments, but sadly, they miss the mark and never really catch fire the way “Wonderful World” had. At times, it feels like Morrison is even forcing the philosophy behind the LP’s title down the throat of the listener.

Then I arrived at “If You Don’t Wanna Love Me.” Suddenly, I was transported back to when I was 16 years old and would steal my mom’s copy of Al Green’s Greatest Hits, imagining what it would be like to make-out with my 10th grade crush. Any song that can make you remember fondly the things you’ve fought hard to forget as an adult is the real deal.

From there, the disc only gets better. Another standout is “Dream On Hayley,” a song so smooth and tasty, it’ll have girls the world over clamoring for a name change.

Songs for You, Truths for Me is currently available.