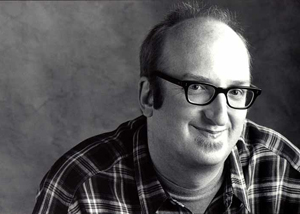 While the trend in new comedians continues to be the Dane Cook frat boy in jeans and ironic T-shirt telling jokes he would share with his fraternity bros, it’s nice to see and hear from the old pros, not bros.

Brian Posehn has been making people laugh since the early ’90s, when he was one of the few comedians on MTV at a time when MTV was primarily still a music channel.

More recently seen as one of the Comedians of Comedy as well as on “The Sarah Silverman program,” the tall, self-described comic book and heavy metal geek knows how to make an audience feel as if they’ve known him for years, like the neighbor or the friend who doesn’t want to go to the trendy club, but would rather just hang out and make fun of it.

Posehn did just that, as he hilariously talked about sex, heavy metal, drinking and just being himself, which was way more fun than any new trendy club or popular comedian would ever be.

Comedy
Impractical Jokers aka The Tenderloins, Serving Comedy Up "Well Done": Live at The Grove of Anaheim (1/17)
3,731 views