The Streets: Everything Is Borrowed 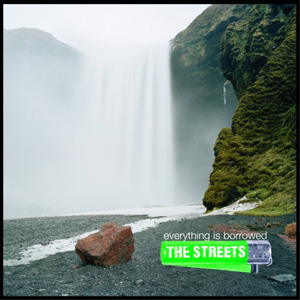 Mike Skinner waxes philosophic about life and death on his new CD, Everything Is Borrowed. The rapper’s fifth release is a triumphant one in a number of ways.

He takes many chances with each song’s arrangement that until recently were only executed by Beatles throwbacks. The title track is brilliant with a sweeping intro and wall of sound delivery. Lyrically, it’s thought provoking as well, instructing the listener on the fleeting nature of life and possessions.

Next is “Heaven for the Weather,” which can best be described as the Streets meets the Polyphonic Spree. It’s a joyous romp through existentiality and allows Skinner to show his notorious sense of humor.

That aside, some of the songs on the disc aren’t worth mentioning, much less being placed on such a promising effort. “The Way of the Dodo” is a novelty, at best. The proper thing to do with Everything Is Borrowed is to grab a few tracks from iTunes and leave the rest to languish in obscurity.

Everything is Borrowed is currently available.