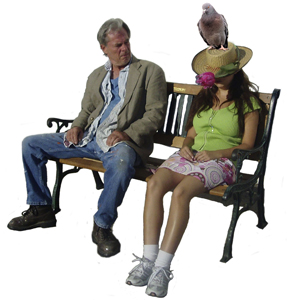 Art Shulman is prolific, but his work here lacks that certain literary logic that short plays must contain. However, the seven plays that comprise “Misconceptions” vibrate with an honesty and sincerity in presentation that should ensure it a decent run.

“Waitress” and “Toys” take a stab at being touching, but suffer from misguided characterization. In “Toys,” a gun control advocate plays a vicious game of darts, while her antagonist just wants to take her bowling (What?!). Diane Frank and Ramon Angeloni make the best of what they are given, and Frank is especially touching in a monologue about her slain son.

The next four pieces make for a trying Act Two. The premise of each is clever, but the denouement lacks clarity of purpose. Shulman goes for crowd-pleasing instead of issue.