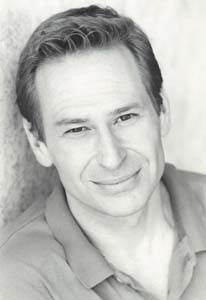 In the basement of empiricism’s West Coast’s headquarters, the Steve Allen Theater remembers the ’50s “The Tonight Show” host (and known lover of reason, justice and the scientific method) by hosting weird, zany and eccentric events – even by Hollywood standards. The Center for Inquiry West’s mission of “not accepting things as they are” led them to open the tiny theater four years ago and has entertained open-minded fans with plays, movies and comedians like Emo Philips, Margaret Cho and Brian McCullough.

Most importantly, though, the Steve Allen Theater is the Kids in the Hall guys’ American home base. The Canadian tripod of sketch and improv hilarity has made dozens of appearances on the possibly former elementary-school-auditorium stage, using it to experiment with both new group material and sometimes-awkward solo projects.

And Scott Thompson – the gay one who looked more like Queen Elizabeth II than the Head of Commonwealth herself – is, again, making the most of the theater’s lax artistic beliefs this Saturday with a night of short films, all with him as the star.

There’s no indication of what kind of antics are contained in Thompson’s personal collection of shorts, but supposedly there are tons of them so pick up a copy of the CFI’s magazine, Skeptical Inquirer, and stock up on Red Bulls for what is guaranteed to be a long and side-splitting night.

Show starts at 8 p.m. and goes until cross-dressing humor critical mass is reached.