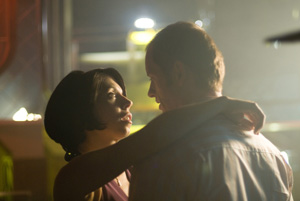 There’s nothing new about the idea of making a film that showcases the dynamics of a marriage under stress. What’s new about this film is the way it goes about it.

There isn’t too much backstory, and it’s not weighed down with exposition. Instead, the audience sits back and bears witness as the events reveal themselves and the story of Billy and Breda Farrell unfolds.

They are an average, middle-class, Irish couple trying to raise a family and find happiness in their everyday world, but their issues are universal. They are any couple, and every couple.

This film is a gentle, heartfelt look at life’s tender moments, but it also delivers a few strong, emotional punches.

Eileen Walsh especially shines in her portrayal of Breda and well deserves her Best Actress win at the 2008 Tribeca Film Festival.