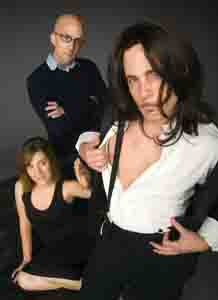 You know you’ve witnessed a comedic success when the current economic crisis seems hilarious. Fannie Mae and Freddie Mac serenaded the audience in just one of many terrific skits in “Special Lady Friend.”

Some improvisational Sarah Palin jokes were equally as satisfying. Almost as phenomenal as the highly talented actors was the impressive live band that played songs like “Waiting on the World to Change” by John Mayer and “Crazy” by Gnarls Barkley in between acts.

“Special Lady Friend” should be on everyone’s to-do list. The only three pieces of advice you need to know: Sit on an aisle seat – you could be the lucky audience member to be called upon in one of the best skits of the evening. Don’t worry about seating – every seat in the house is a great one. And be prepared to laugh – a whole lot.