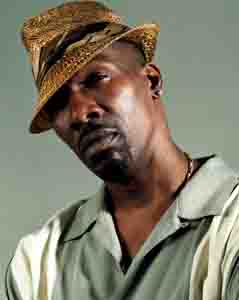 In a day and age where everyone easily has their 15 minutes of fame, a lot of times it seems siblings of established stars just seem to ride the coattails of their brothers and sisters while not earning their own fame themselves. Not Charlie Murphy, as evident in movies, “Chappelle’s Show” and Nov. 12 at the Improv.

He’s wearing his own coat of comedy, and it fits him well. With notable members like Snoop Dogg and the other funny Dave, Dave Attell, in the audience, Murphy spoke of spending decades being known as “Eddie’s brother” before people started calling, and eventually yelling at him, by name.

Speaking in his trademark third person, Murphy had the audience laughing out loud for over an hour. Everyone appreciated that Charlie brought his own fame and unique style of comedy to Melrose Avenue that night.