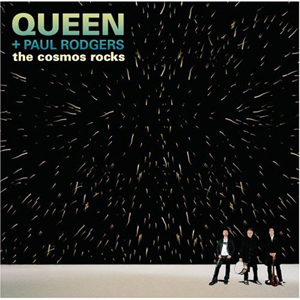 Yes, this is the same Queen that was led by Freddie Mercury. That said, the addition of frontman Paul Rodgers in 2004 makes the band’s name one of the few elements that continues on into their debut, The Cosmos Rocks. This isn’t necessarily a bad thing, though.

The album opens with “Cosmos Rockin,” a crowd-pleaser in the tradition of “We Will Rock You.” The album then reveals the band’s new, more American sound with the inspirational “Time to Shine” and also touches on some of the latest pop song messages, with the anti-war “Warboys” and the obsession with celebrities in “C-Lebrity.”

The Cosmos Rocks is currently available.