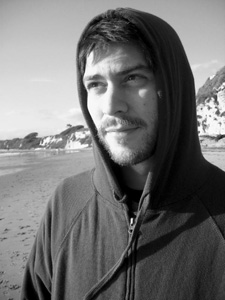 Don Hertzfeldt is an animator unlike any other. In addition to hand drawing demented stick figure cartoons and winning awards from every film festival he’s entered, Hertzfeldt is all analog.

Shorts like Genre, Ah, l’amour and the Oscar-nominated Rejected were all filmed using either a 16mm camera he found in college or the 35mm film camera used to animate A Charlie Brown Christmas, and recent, existentialist attempts (The Meaning of Life and Everything Will Be OK) utilize old-fashioned visual effect techniques that ensure none of Hertzfeldt’s work ever touches a computer.

In his tender 32 years, Hertzfeldt has had an influence unheard of in independent animation. By turning the inherent cuteness of crudely drawn bunnies and children into tales of murderous balloons, blood-spurting eye sockets and sadistic women, Hertzfeldt has used his homemade films to create a signature genre of dark humor cartoons.

And to celebrate the release of I Am So Proud of You – the sequel to 2006’s Everything Will Be OK and, at 22 minutes long, the filmmaker’s longest work to date – Hertzfeldt is going theater to theater in 16 cities, presenting “An Evening With Don Hertzfeldt,” which includes a retrospective of his shorts, the local premiere of his new one and an “embarrassing” post-screening onstage interview.

Humble yet awkward, Hertzfeldt doesn’t make public appearances very often, so take advantage of his last night of tour – especially if you’ve been stuck watching low-quality YouTube versions of his films – by laughing away those extra Thanksgiving calories. 7 p.m.