(Up Above)
By Kevin Wierzbicki 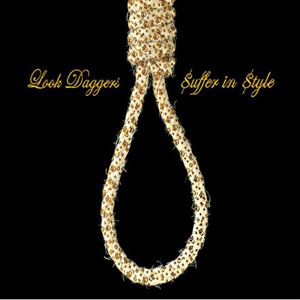 Look Daggers is a project put together by Ikey Owens of the Mars Volta and underground hip-hop scenester 2Mex. The two had the stated desire to make an album that fused rock and hip-hop but that wouldn’t come out sounding like the Roots. And to that end, they have succeeded.

There’s a jazz element running through just about every tune. On “Call U Later” 2Mex raps and spells out his unhappiness in text-message shorthand to a staccato rhythm, but Owens, hanging in the background, calms everything down with a mellow keyboard riff. The blurring of genres works best on tunes like “Before You Say No” – the song is set to a funky jazz groove that 2Mex raps over for a couple of verses but Owens closes the tune with an extended electric piano and synthesizer passage that would’ve been right at home on an ’80s Steve Miller Band album.

Suffer in Style is currently available.