Godhead, At the Edge of the World: Driven Music Group 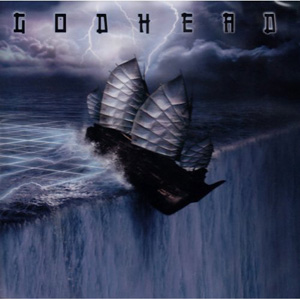 Godhead released their first album in 1995 and have issued a fairly steady stream of releases since. Fronted by Jason Miller, Godhead churn out industrial-tinged metal noted for gothic influences, lyrically, if nothing else.

By the time they began putting music on disc, Tool had already released Opiate and Undertow, and it would not surprise this reviewer if Godhead took significant inspiration from Tool’s output. In fact, At the Edge of the World sounds like Tool, but only in superficial ways.

Miller’s vocals often sound like Soundgarden’s Chris Cornell but at times delve into a more polished Maynard-style delivery. The melodies and harmonies, however, show a mostly middle-of-the-road pop sensibility.

For all the synthesizer flourish and bombast that went into Godhead’s songs and especially the production, the instrumentation is not as exploratory as Tool’s. The song “Edge of the World” has a good rhythm, but the rest of the songs lack convincing hooks. The album ends with a series of non-threatening techno remixes that reveal that there is nothing that scary about this gothic sound.

At the Edge of the World is currently available.