Stareffers In Paradise: How to Bag a Famous Babe 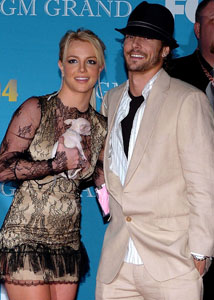 Daniel was 24-years-old when he moved to Los Angeles to pursue a career in real estate. The early weeks were lean for this Columbia University graduate, but within six months, he had managed to land a full-time job with a small developer in Sherman Oaks. Dan settled into a modest one-bedroom apartment in North Hollywood, bought an equally economical Japanese sub-compact and began living what proved to be a relatively monotonous life.

One night, while out with his crew, Dan came face-to-face with – well, for the purposes of anonymity, we’ll call her Toni. She was the star of that summer’s hot action blockbuster.

All the magazines, newspapers and entertainment talk shows featured the svelte young brunette as a hot new commodity in Hollywood. Daniel had been smitten with the actress – as most guys his age were – but had always filed those feelings under: “Not Ever Going to Happen.”

That’s why when Toni approached him at the bar of a popular restaurant and asked if she could try on his Mets cap, Dan was floored – to say the least. Not only was she hot, but she liked sports.

The two spent the evening talking about baseball, fast cars, their shared favorite band, Maroon 5, as well as the best places in town to get a decent vegan meal (go figure). Before Daniel knew it, it was 2 a.m. and not only was he going home with the girl of his dreams, but he’d somehow managed to do it just by being in the right place at the right time.

Sounds like something that only happens in the movies, right? Wrong. When it comes to starfucking, there’s no better place to snag a shag than in Tinseltown.

Now, before you get self-righteous and roll your eyes in disgust, be honest with yourself: Everyone loves celebrities. Even people who say they hate celebrities will never pass up the opportunity to party with one.

But how can a mere mortal get close enough to these celestial beings without resorting to stalking (which is NOT recommended)? There is a science; you just have to be hip to it.

“What a lot of people don’t know is that [celebrities] really don’t go out all that much on the weekend,” says a talent agent who asked to remain anonymous. “When’s the last time you saw someone major out on a Saturday night? I rep [someone], and dude’s in the club every night of the week except for Saturday and Sunday because he knows that’s when all the losers are going to be drunk and slobbering all over each other.”

Translation: You’ve got to change your game, kid. No more working for the weekend, you’re now a Monday evening maniac, a Tuesday night temptress.

It also helps to have buddies who are in the know. Remember that scene in Knocked Up when Debbie and Allison were denied access into the club for being “old” and “pregnant?” Well, that never would’ve happened if they had the hook-up.

Bartenders and doormen are good to have on speed dial because they’re this town’s gatekeepers. What’s more, they’ll be more than happy to accommodate a good friend. I mean, if they’ll do it for the paparazzi, then why not a homey?

But how will you know which clubs, bars and restaurants to frequent? Well, that’s where you’ll need to do your homework.

Celebrity blogs like JustJared.com and PerezHilton.com, as well as shows such as “Access Hollywood” and “TMZ” are great for giving out T.M.I. (too much information) about the lifestyles of the rich and famous. While that sucks for the A-listers, it rocks for you.

Now that you’ve got the hard part down (location, location, location), be mindful of how you handle yourself when you get there. No one in their right mind (famous or not) is going to take too kindly to you leering at them like a pouncing cheetah on the Serengeti.

Adopt a cool, calm and collected stance. If you must, nonchalantly plant yourself somewhere in the visual path of your object of desire.

And don’t be crushed if they don’t immediately profess undying love to you. Famous people are still people – with the same insecurities that all the rest of us have.

If you can muster up the courage, approach him or her when they have a moment alone and let that person know that you admire their work and always wanted the opportunity to say hello. Don’t give them your life story. Don’t start crying. Don’t scream. Don’t ask them for sex or money. Casual.

If you’re that person’s type, this is all it will take for you to break the ice and later find yourself in some loving – and possibly in flagrante moments with a big name.

Finally, should your tryst with an Oscar winner or long-legged model actually occur, do the honorable thing: Keep your trap shut. Tell your friends, if you must. Write it in your diary. Just don’t go running to the tabloids about your seven minutes in heaven with him or her. That’s a bona fide way to ensure that your first celebrity shag will be your last.

2) Make friends with bartenders, doormen, bikini waxers to the stars.

3) When you’re in the presence of your object of desire, don’t be creepy.

4) Don’t abuse the privilege: Famous or not, he or she is a person. Treat the evening, should it occur, with the respect it deserves.