The Winter of Discontent: How to Spend the Days Ahead 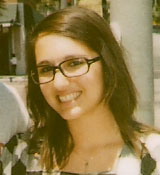 This week is both the happiest and the most depressing time of the semester for me. Coming off of one of the laziest, inverted sleep pattern-filled Thanksgiving breaks on record, I am forced to melt my brain with the stress of finals and then, as quickly as the tests I will never be prepared for creeped up on me, it’s over – and the pain of scholastic responsibility flitters away.

But I already checked out weeks ago. Sleeping in is more common, note taking has all but ceased and visions of sugarplums seem to be dancing in my head. Anticipation for the end, though, prompts thoughts of a new beginning: What am I going to do with a school-less month of California winter?

In a land of no seasons, it’s best to celebrate the moderate climate change that pretends to be one. So here are a few things you can do to embrace the “winter” months, but mostly make the East Coast jealous:

Go to the beach! Venice, Laguna, Manhattan, Long. Whatever. Just go. Especially if you’re flying back home to the Midwest for the holidays, you should soak up the California coastline in December.

Better yet, get a hotel room on the beach and stay the night. Rates are cheap, and tourists are non-existent. Last year, I got an early-December poolside sunburn at the Hyatt in Huntington Beach, and as I peeled off the dead skin into funny shapes at Christmas dinner, I laughed at New York’s snowy streets.

Disneyland. It’s the ultimate way to waste a day. Living anywhere near Orange County allows you to blow $300 on an annual pass (use it three times, and it pays for itself!), but if you can only afford one day at the Happiest Place on Earth, it should be during the holidays.

The Haunted Mansion is redone with a Nightmare Before Christmas theme, and the Christmas parade – which replaces the boring summer one – is glitzier than a night at the Oscars. After Santa goes backstage and the carolers stop singing on Main Street, pounds of fake snow shoot from the rooftops near City Hall.

Find your favorite restaurant patio and eat that meal outside. We might be famous for our scantily clad summers, but there is no exquisite sin greater than people watching the Los Angeles winterfolk. Try Urth (8565 Melrose Ave.), Swingers (8020 Beverly Blvd.) or Birds (5925 Franklin Ave.).

Even if it’s (for some weird reason) cold outside, make the busboy turn on those butane heaters and enjoy the open air. Hey, at least it’s not sleeting!

Use the crisp air of December to catch a sweet view of the city from a vantage point of your choosing. The cold air after a cold night (or, even better, cold rain) is like kryptonite for smog. If you drive Mulholland from Cahuenga to Malibu and pull off on any street with a cool name, you’ll come face to face with a city you never knew existed.

Last winter, I waited until the day after a major storm to hike to the top of Runyon Canyon and from my outlook in the Hollywood Hills – no exaggeration – I could see the buildings of downtown Long Beach, the greenery on Palos Verdes and the distinct shape of Catalina Island. It was like God Photoshopped reality and downloaded the jpg to my eyes.

Or, just watch a Pearl Jam cover band and go ice skating in downtown Los Angeles. With an ironic flair only accomplished by turning homeless-infested Pershing Square into the Rockefeller Center’s ice rink, the city’s Department of Parks and Recreation has scheduled an entire winter’s worth of live music and hour-long skate sessions.

Last year, a collaboration with Spaceland dragged eastside hipsters into the ice to watch bands like Very Be Careful and Castledoor, but now you’ll have to settle for Friday night’s U2 cover band and Sunday afternoon’s jazz fusion. No moment could be more quintessentially Los Angeles than ice skating around the jewelry district in a tank top, watching Fake Eddie Vedder belt out mid-’90s jams.