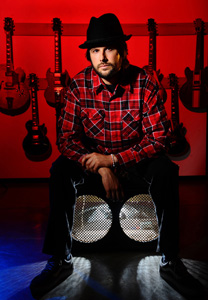 It must have been at least 110 degrees in the club. Everyone had their clothes off. [Scott] Weiland was almost naked and was at his prime. Amazing!!!

The most people I had ever seen in any club ever. This show marks a change in music and the scene. From that came Incubus, Papa Roach, Alien Ant Farm, etc. Nu metal had arrived.

This was the first time DJs put on a full-blown rock show. No longer were DJs stuck in an out of the way “DJ booth.” MSTRKFRT was front and center on stage, and kids were losing their minds. Stage diving, moshing, fist pumping. I knew that day music was changing again.

Rage Against the Machine Sound Check

I had to leave to New York but was able to see sound check. Best sound check I have ever seen. Heard the show was better.

Hands down the best reggae show at the Roxy in the last 20 years (Bob Marley was the best, but I wasn’t there.).

Everybody was in the house, and to this day, anyone who was there puts this show in their top 10.

All in one night? ’Nuff said.

Wow. If you don’t know, watch the DVD. He really is the best rapper alive.

I will never forget it. What an honor to see this show.