Felicia Day of 'The Guild' 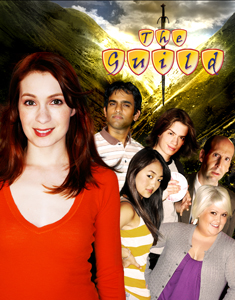 Actress/writer Felicia Day is the creator and star of the award-winning online comedy series, “The Guild.” Day, 29, opens up about “The Guild” and her new distribution deal with Xbox.

What is “The Guild?”

“The Guild” is an online web comedy series about a group of online gamers and how they interact online and offline. The episodes are three to seven minutes, and it follows a guild.

Where did you get the idea for the show?

I’ve always been an online gaming addict, and I had a two-year addiction to “World of Warcraft” that got so bad I would not socialize with anyone else. When I quit, that was one of my therapeutic things, to create something as a writer.

How did you fund your independent Web show?

For Season One we put up a PayPal button, and we were funded by fans. That just shows how fantastic our fans are. Then we were approached by dozens of sponsors, but we held out for a partner that really “got” the vision of it. That turned out to be Xbox.

A lot of our fans are not gamers, and they love it because it’s geeky humor so you don’t necessarily have to know what “QQmore” means or what a “crit” is to get the humor.

“The Guild” episodes launch weekly Tuesdays at midnight on Xbox Live in HD. At the same time it’s streaming on MSN Video and is downloadable on the Zune Marketplace. For more information, visit watchtheguild.com.