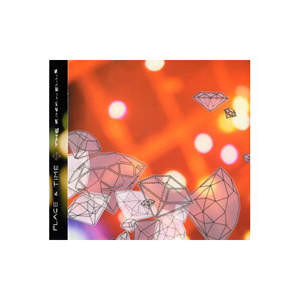 As far as I know there are no stories of fisticuffs breaking out amongst the members of the Rockwells. The potential for action is there though since the band is made up of not just one but two sets of brothers (Jonathan and Fred Kelly; Tommy and Trace Bateman.)

That’s double the trouble if these guys were to follow in the footsteps of bands like Oasis or the Kinks, both notorious for their sibling dust-ups. Those things usually happen because of “creative differences,” and the Rockwells play lots of diverse stuff – plenty to fight over!

Place & Time opens with a brief instrumental called “Ten Years Old Horns,” an interlude that sounds like something the Band might do. On the very next song the guys spin a 180 and are jangling along like a male version of the Go-Go’s – complete with a rhythm lifted from the girls’ songbook.

“Hole in the Wall” is dreamy escapist music like the Stones at their stoned best, while “Middle Eight Waltz” borrows the Eagles’ “Hotel California” vibe. There’s a big Moody Blues influence here too, on the pop side of that band as opposed to the overly dramatic prog side.

The Rockwells are good now; if only they’d start throwing some uppercuts…