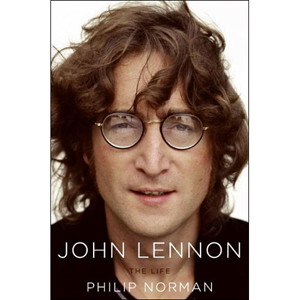 It seems like every year there is a new “definitive” account of the Fab Four – even after the band itself published its own Anthology. So do we really need an 800-page tome on John Lennon? Luckily for author Philip Norman, Beatles fanatics have an insatiable thirst for these stories, hoping each time to glean some fresh nuance.

And certainly if any one Beatle is worthy of such examination it is Lennon, who was the heart and soul of the band, the rebel, the artist, the iconoclast. But, more importantly, as Norman shows, the gifted songwriter was also a very conflicted, insecure, sometimes even cruel man.

Norman, author of Shout! (one of the more well-regarded Beatles books), utilizes his many resources – along with the cooperation of Yoko Ono and Lennon’s son, Sean – to squeeze a few more juicy tidbits out of Lennon’s endlessly documented life. He covers in-depth Lennon’s early life raised by his austere aunt after his mother abandoned him. And he doesn’t pull any punches, revealing one instance in which Yoko found John cheating on her with a waitress in a coat closet.

The enduring popularity of the group is so wrapped up not just in the songs but also in what the group stood for; they embody a 20th century myth. The Beatles fan is at constant conflict between preserving the legend and devouring every aspect of their heroes’ personal lives.

But in the endless search for insight into greatness one often only comes away with anecdotes, gossip and the all too human.