Doug Smith Interview: A Performer with “Big Love” for His Orchestra 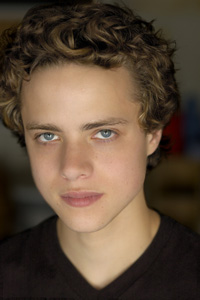 When HBO’s hit drama “Big Love” first premiered in 2006, no one could have imagined the praise that would befall it in such a short amount of time. The show, about a family of polygamists living in Utah has emerged a critical and fan success.

“Big Love” has also made stars out of its young cast. Actress Amanda Seyfried (Sarah) managed to sing and dance her way into side project superstardom with an inspired performance in the silver screen adaptation of the Broadway hit, Mamma Mia!. But it’s another member of the show’s ensemble cast – Douglas Smith – who plans on conquering the music industry with unabashed fervor.

The 23-year-old is a vocalist for His Orchestra – a collective of musicians comprised of Smith’s friends and acquaintances. In a very short amount of time, the band has managed to have its music featured in an episode of the Oxygen network’s hit show, “Rita Rocks,” as well as making a splash at SXSW’s pre-shows in Austin, Texas.

As our phone conversation begins, I regale Smith with a sighting I had of him, along with Seyfried and friends, Macaulay Culkin and Mila Kunis at the Gig on Melrose in Hollywood back in 2006.

“Oh, my God! You were at that show? Yeah, I remember that. That was almost two years ago because that was one of the first times I ever played with my band,” he says.

Smith is talking fast; he’s briskly walking around His Orchestra’s rehearsal space in Eagle Rock. The band is putting the finishing touches on its debut album, which will be hitting iTunes in February.

“We’ve been playing a lot of shows [lately]. We had a residency at Safari Sam’s,” he explains.

He’s also still reeling from the excitement of His Orchestra’s music landing a coveted spot as the opening theme song to ABC Family’s forthcoming sitcom, “Roommates.”

The star describes the sound of his group as similar to that of the Magnetic Fields, calling many of the vocals on its tracks “ghosty and airy.” Upon listing his influences, it’s easy to see that music isn’t just a fleeting passion; it’s an obsession.

“I’m a huge, huge David Byrne fan,” he exclaims. “I love him so much. I just think he’s so funny. He played Santa Barbara, so me and my girlfriend drove up and made a whole day of it.”

Smith also derives inspiration from other performers like Belle & Sebastian, and fellow Canadians, the New Pornographers.

“I grew up in Vancouver, so I really relate to their references,” he says.

Another artistic figure that Smith can relate to is screenwriter Dustin Lance Black. Although Black’s career has taken off since penning the script for Gus Van Sant’s Golden Globe nominated film, Milk, his first job was a writer on “Big Love.” Smith credits Black with providing him with many of his character’s story arcs in past seasons.

“I just really like having someone who’s a friend and a contemporary in the writer’s room,” he says.

Black was also a strong presence during the inception of His Orchestra.

“We used to hang out together at Jerry’s Deli. I’d be working on lyrics and he’d be working on [the screenplay for] Milk. Literally the first time I played an open mic, he was there,” says Smith.

With so much to look forward to career-wise, Smith is happily embracing all the possibilities that His Orchestra will bring.

“I’m grateful, and I thank my lucky stars for ‘Big Love,’” he says, “but I still manage to sit at my piano everyday for an hour.”

“Big Love” airs Sundays on HBO at 9 p.m. For more information about His Orchestra, visit myspace.com/hisorchestramusic.