Scott Bailey: Another One Catches the Acting Bug 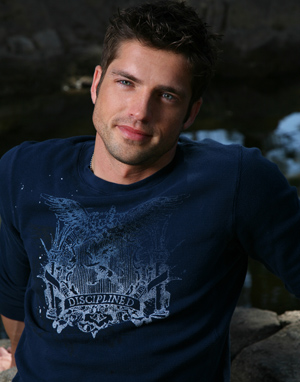 Scott Bailey is not a man to do things half-heartedly.

After years of diligent study and work as a fusion engineer, Bailey was well on his way to a PhD when he suddenly had a massive change of heart.

“In college when most people are out drinking and causing shenanigans, I was studying all night, trying to solve problems, create clean energy sources, make a difference and change the world,” Bailey says, rattling off his ambitions like a grocery list.

Though he excelled academically, his painful shyness hindered his ability to give presentations of his research, so he enrolled in an acting class.

“I was a little burnt out,” he admits, “and I wanted to see this world I was trying to save.”

From the very first day, he was hooked.

He was so overtaken by his newfound passion he decided to jump in headfirst, despite less than opportune timing.

“I was in the middle of a midterm and I thought, ‘I have to do this.’ I got up and the professor said, ‘Either that’s really good, or it’s pretty bad.’ I looked at her and said, ‘Oh, it’s really good!’ I walked out of there, and I haven’t been to a class since,” he says, brimming with pride.

Instead, Bailey went on to land a three year contract on “Guiding Light” before co-starring alongside Sigourney Weaver in Prayers for Bobby, a Lifetime movie based on the true story and eponymous novel about Bobby Griffith, a closeted gay teenager whose profoundly religious mother drives him to commit suicide when she is unable to accept his homosexuality. Bailey plays Griffith’s supportive and loving boyfriend.

But the obvious question remains: Would he ever want to go back and finish that test?

“Good question,” he chuckles. “No regrets! I love the experiences I get to have doing this. I wouldn’t take it back. I wouldn’t be the guy I am right now … I wouldn’t have kissed as many women. Or men.”