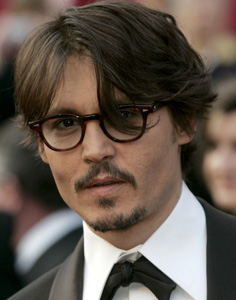 A Remake of East of Eden?

Remember when I said I wasn’t going to be bothered by remakes unless they intruded on priceless cinema history? I’m still kind of confused by this, but I get the feeling that this is something that might bother me a little.

Apparently, Universal Pictures and Brian Grazer are planning to adapt the John Steinbeck novel East of Eden into a film for Tom Hooper (“John Adams”) to direct. Why is this confusing? Because East of Eden was already made into a brilliant Academy Award-nominated film in 1955 directed by Elia Kazan (On the Waterfront, A Streetcar Named Desire) starring James Dean!

What gives? I love Universal Pictures, and I love Brian Grazer; they have made some of my favorite films of all time that influence me to this day, and my esteem for them will never change. And I’m always very happy for filmmakers when they make money, even if the movie is not great.

But this, I just don’t get. I simply don’t understand why anyone would want to remake a classic piece of cinema. Do they really think they can top James Dean’s performance? Or update the classic style of film direction that Elia Kazan literally pioneered?

My head is spinning. I can understand doing sequels to classic films, if done right, but this is astounding. What’s even more astounding is the Web site that I read this off of didn’t even mention the fact that this film had already been made and is considered a cinema treasure.

We are really seeing the tipping point of the movie business, my friends. The day when Hollywood feels it can’t make money with new material and chooses to rape and pillage the films and performances that brought us here looks as if it’s close at hand.

And the day I look on the Internet and read that Paramount Pictures is planning to remake The Godfather, I will walk to my window, look up into the sky, and expect to see chocolate covered nuclear bombs showering down upon Los Angeles.

On a more positive note, one of my favorite performances of all time just might be getting an encore. If you’re one of the people that saw 1998’s Fear and Loathing in Las Vegas starring Johnny Depp, and you either didn’t like it or didn’t get it, there’s a special section onboard the rocket ship aimed at the sun just for you guys.

In that film directed by master filmmaker Terry Gilliam, Depp portrayed the iconic gonzo journalist Hunter S. Thompson, who was famous in the ’60s and ’70s for his drug-fueled books of social and political commentary. Bill Murray had portrayed Thompson in a previous film in the ’80s titled Where the Buffalo Roam, but it was Depp’s performance and Gilliam’s direction that made Fear and Loathing one of my favorite films and a cult classic.

Now it appears as if Depp will play Thompson again in a new film based on another Thompson book, disproving the theory that God hates us all year round. Bruce Robinson (The Killing Fields, Jennifer Eight) wrote the script and would direct, replacing Terry Gilliam, and although I would love to see Gilliam and Depp do another Thompson film, I’m intrigued to see another take on the character.

If you look at footage of the real Hunter S. Thompson and then watch Fear and Loathing, you can see how true Depp’s performance was to the real man. This film has shot to the top of my list of projects that I hope happen.