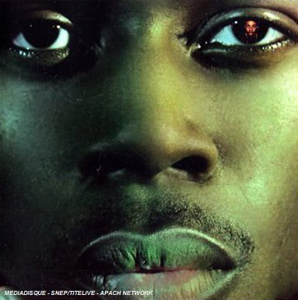 Illa J is the little brother of J Dilla, the famed producer (De La Soul, Busta Rhymes, A Tribe Called Quest) and recording artist who died three years ago from an incurable blood disease. Illa J is 12 years younger than his sibling, and as such, he never got to collaborate with him musically; that is until now.

Yancey Boys (Yancey is the brothers’ real last name.) was made by using music that J Dilla produced a decade ago; beats that he had leftover from when he was producing the Pharcyde. The folks at Delicious Vinyl had the tracks in storage, and they busted them out and gave them to Illa J when they realized that he could do them justice.

Illa J is a smooth rapper but he’s ultra suave when he sings, and his preferred sound often reflects the rhythm of his hometown (Detroit) with nods to the Motown sound. “Timeless” finds the artist multi-tracking his voice to replicate the Motown vocal group sound, while “Strugglin’” is reminiscent of Stevie Wonder’s percolating brand of funk. Debi Nova turns in a riveting guest vocal on “Sounds Like Love,” and “Alien Family” is a mid-album, spoken word piece voiced by Frank Nitty about how the brothers are so loaded with talent that surely they must be from another planet.