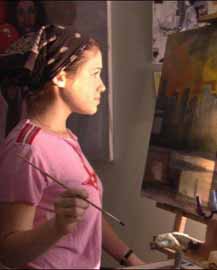 Director Melissa Painter’s complex drama about growing up, Steal Me, will kick off the 7th annual Method Fest Film Festival to be held throughout the week between the Edwards Cinemas at the Commons, in Calabasas, and the Motion Picture and Television Fund’s Wasserman Campus, in Woodland Hills. The fest, which is named after the famous school of acting and is the only film festival in the U.S. to focus almost entirely on acting and seeking breakthrough performances, will host 25 feature films during its weeklong run. These include nine world premieres (such as The Good Humor Man, starring Kelsey Grammer, and Nickel Children with Tom Sizemore and Jeremy Sisto) and 47 shorts selected from over 600 submissions.

Aside from its standard awards ceremonies and celebrations, the fest will also feature Indie Music Night (Saturday, April 2 at the Sagebrush Cantina in Calabasas), with acts like Todd Smallwood, Mick Fleetwood and Shankar and Ginger. The brand-new Brando Retro Salute will honor one of the industry’s best method actors, the late Marlon Brando, with screenings of two of his films: The Wild One (Sunday, April 3 at MPTF) and The Men (Thursday, April 7 at MPTF).

For advance Method Fest tickets, visit www.ticketweb.com. For more information about the festival, visit the fest’s Web site at www.methodfest.com.
Article posted on 3/29/2005
This article has been viewed 2808 times.