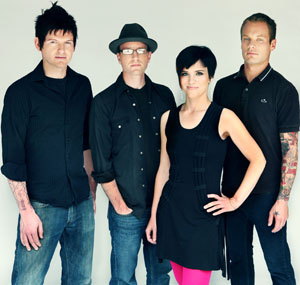 The Action Design frontwoman Emily Whitehurst and bassist Matt McKenzie are well versed in the ways of the music industry. As former members of Bay area punk outfit Tsunami Bomb, they get all the contracts, labels, touring and fans stuff, they’re no strangers to how this whole rock thing is done. For all their experience and for all the support they’ve earned in the last many years of playing music together, sometimes the hardest thing a band can do is start over.

“There are the special punk rockers with that ever-present inherent fallacy of believing that whatever you did before is always better,” says McKenzie. “Then you realize you just don’t give a shit anymore and start doing what you want.”

Echoing this, Whitehurst and her band mates – which also include drummer Jake Krohn and guitarist Jaycen McKissick – are choosing to focus their energy on honing their skills rather than worry about how it’s received.

“We’re just going to write what we want in order to have a fun set and a good time recording. There is the concern, but it doesn’t change what we’re writing,” she says. “We’re not writing to make sure people are happy with us, but I’m hoping that eventually people will know Action Design more than Tsunami Bomb.”

Though Whitehurst’s distinctive vocal tone and style are as unmistakable as always on the band’s debut full length, Never Say, she believes listeners will hear a broader range of influences than what they might expect from her or her band mates.

“Compared to Tsunami Bomb, we have a lot of piano, some synth stuff going on, samplers, we’ve gotten to broaden our style. For the vocals, I’ve gotten to do a lot more different types of singing than I did in Tsunami Bomb with some different techniques. It’s a real challenge and it’s really fun.”

“The music from Tsunami Bomb was more full throttle, like at 10 the whole time. We’re still all about the rock, but now there are more subtleties to make it pop out,” says McKenzie, adding, in what might be one of the better musical analogies we’ve printed, “Then when the rock hits, it’s like if you’re reading in the library and somebody comes up and slaps you in the face really hard.”

With an infectious enthusiasm for what they’re doing that has lasted well past the honeymoon stage of starting a new band, it’s clear that both Whitehurst and McKenzie settled into a comfortable zone in what they’re doing and, more importantly, actually believe in it.

“The [first] EP was essentially us sitting in a room, not knowing what we were doing. With the full length, we had the full band, and it was way more collaborative and organized. There was more of a collective headspace we were in as far as what we liked as a band. Everyone actually had a good time,” McKenzie says with a laugh.

As excited as Whitehurst and McKenzie let on to be about their new project, both hope their music will inspire a similar reaction to listeners, whether old school Tsunami Bomb fans or newer audiences who may have never heard of their past associations.

“I’ve been surprised actually, because I always thought it would just be the same old gang, but there’ve been a lot more brand new kids,” says McKenzie of his band’s ever-broadening fan base. “People will come up and be like, ‘You guys are so rad, right at the last song I realized she sounds just like the girl from Tsunami Bomb!’”