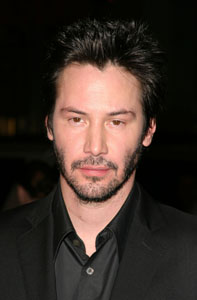 Warner Bros. and Fox have inevitably put their conflict over the upcoming Watchmen film to bed. A bit of background: 20th Century Fox optioned the comic book Watchmen in the early ’90s and spent over a decade developing screenplays based on the comic, but never actually put anything into production.

Larry Gordon (Hellboy, Die Hard, Predator), a producer on the film eventually took the project to Warner Bros. and got it going, but apparently he did so without getting the rights back from Fox. Fast forward to after the film is completed and Fox hits Warner Bros. with a lawsuit for copyright infringement.

Was it a shady move for Fox to wait and see how the film was going to turn out to lodge a complaint? Sort of. On a business level, it was a very smart thing to do.

Did Warner Bros. drop the ball by not finding out if they had complete rights to the property? Yes. I think so. Whomever their lawyers are, they need to fire them.

If they had realized that Fox still had distribution rights before they made the film and hadn’t given Fox an opportunity to see how excited everyone was for the film and that it would probably make a lot of money, they wouldn’t be in this situation. I don’t think Fox had very much faith in the project when they had it and probably would’ve turned over the rights.

This will be a great lesson to everyone who options books and comics to make sure they have complete rights to the IP before moving ahead. You would think with the kind of money these big companies make they could hire lawyers who do their jobs. At the end of the day, this is nobody’s problem but their own.

While I’m very fond of the product that both studios have released throughout my life, I don’t feel very much sympathy for either. These are two massive corporations who make a ridiculous amount of money each year.

Apparently Warner Bros. is going to give Fox some sort of cash amount and still make the money from the box office gross and DVD. I have nothing but respect for both companies in the wake of their settlement, and I’m extremely excited to see the Watchmen film. I guess this just goes to show that no matter what level of the business you’re at, you can never be too careful when it comes to legal documents.

Now that 20th Century Fox can get their cut of the Watchmen, they can get back to business. Recently, Fox has optioned the Japanese anime television series “Cowboy Bebop” to develop into a film and has attached Keanu Reeves to star.

The show is kind of like a space western. Reeves will play the character of Spike Spiegel, a bounty hunter who goes from planet to planet hunting down intergalactic outlaws on his spaceship.

Even though I haven’t seen a lot of the show I’d consider myself a fan. The show is very clever and original, and I think it would make a great film. I also think Reeves is a really good casting choice of Spike based on what I’ve seen.

I hope whoever is hired to direct is a fan of the show and respectful of the source material. “Cowboy Bebop” is an episodic show, but if they can tie the broad strokes together and also make a quality film, everyone including the fans of the animation can go home happy.

Reeves starred in an adaptation of the comic Hellblazer, which became Constantine, and if I remember correctly, I think they departed heavily from the comic. Adapting something obscure for the mainstream audience is a challenge, but if they get a director who’s a fan, they just might be able to pull it off. Here’s hoping it comes out awesome.