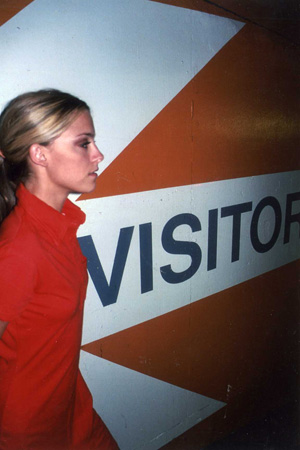 “I’m just looking for someone. I wont be long. Here’s my ID,” she said.

I didn’t need to see her driver’s license or anything else to prove that she was old enough to get in. She was obviously 20-something because the bracelet on her arm from the club’s security and the wary look on her face – most likely from at least a few years of nightlife – already let me know.

I hear the no money excuse every night, but no phone? That’s a new one. Maybe whoever she was looking for had her phone.

A few of the common sayings beautiful girls use to try to get in without paying:

–The strike-a-supermodel-type-pose replies with the “I’m on the guest list,” which most times they are, because I’m sure that same confidence paired with those good looks, not necessarily in that order, got them on the list in the first place.

–The trying-hard-to-act-clueless-and-cute paired with the more clueless than cute saying, “Umm, I think I may be on somebody’s list but I can’t remember his name,” in which case most times they are not on the list, but most doormen let them in anyway because they are beautiful girls.

I don’t however, and I don’t think this beautiful girl knew or cared to use either one of these infamous phrases, so I let her in without charging her the $15.

Not asking her or holding her ID for collateral, I didn’t even know Mystery Girl’s name. I just knew she was like many other girls in Los Angeles at 11:58 p.m.; inside a nightclub looking beautiful and looking for someone…