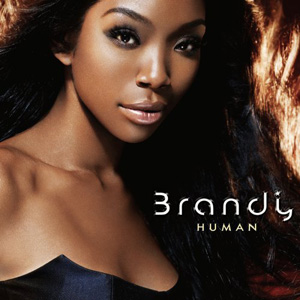 Human is Brandy’s first album in four years, but she certainly hasn’t spent that time out of the limelight. The singer’s life has been turned upside down in the recent past, most notably by her involvement in a car accident that killed another motorist and the resultant lawsuit against her. She broke off her engagement to basketball player Quentin Richardson, quit her job as a judge on “America’s Got Talent” and switched record labels.

All of that has given Brandy good reason for depression, and Human is basically a reflection of her trying to pull herself together. She even issues a pep talk, perhaps to herself, at the album’s beginning saying that the definition of a human being means that you have to be yourself, adding that “If you’re not yourself, then who are you?”

Unfortunately, these songs of frustration and loss offer few exciting moments for the listener; only “Right Here (Departed),” as moping as it is, provides a little relief with a chorus that’s fun to sing along to. Still, Brandy has sold over 25 million records for a reason, and her voice is as honeyed as ever here even if it quavers more this time out.

Clearly Brandy set out to make an album – in the face of great adversity – to show that indeed she is only human. To that end at least she has succeeded.