(Touch It Movement)
By Kevin Wierzbicki 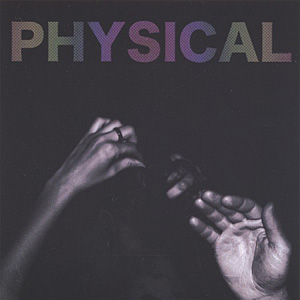 Physical is certainly aptly named as the music the Model makes is geared to getting people moving on the dance floor. The band has two members that are proficient with the Korg MS 20 and the buoyant bounce of that synthesizer paired with crisp, rhythmic drumbeats forms the group’s sound.

The band seems to take a little something from many successful synth-poppers from the past. “What Does it Look Like I’m Doing?” is a nod to Duran Duran; “I Won’t Be Hanging Out Anymore” finds singer J Buz channeling the late Michael Hutchence of INXS and “Do You Believe In Angels?” sounds like a mash up of ABC and Erasure.

“Immigrant” grooves to a bit of heavier techno as the band apes early Nine Inch Nails. “N/A” is an extremely catchy tune about a guy who is way too possessive with his girl; the song sounds a bit like something the Fixx might have done, but overall it’s the most original and best-performed song on the album.