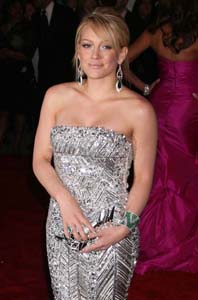 Joel Silver tags director for Masters of the Universe.

It’s always a promising turn of events when a project gets a director attached. It doesn’t mean something is set in stone, but a director coming onboard a project is the first big kick in the pants it needs to become a reality. Warner Bros. and The Matrix, Lethal Weapon producer, Joel Silver, have been trying to make a “He-Man and the Masters of the Universe” movie for a while, and it looks as if a director has attached himself to the project.

John Stevenson, who has directed several episodes of “Father of the Pride” and most recently co-directed the hit animated film Kung Fu Panda with Mark Osborne is going to direct Masters of the Universe, which is described as a “re-imagining” of the iconic cartoon from the ’80s. Anyone who saw the original Masters of the Universe movie made in 1987 starring Dolph Lundgren knows that a re-imagining couldn’t hurt.

I can’t say I’m too emotionally invested in seeing He-Man on the big screen, but I’d rather hear about this than hear about a remake of The Maltese Falcon. Kung Fu Panda was fun, and I think the filmmakers have an opportunity to do something entertaining.

Transformers opened the door, and G.I. Joe is most likely going to kick it open for Masters of the Universe and every toy line that’s ever been made to become movies. I have been known in the past to get flustered because it seems like most people would rather rehash old material than explore original ideas, but I recently had an epiphany that I don’t care anymore.

If turning cartoons from the ’80s into films is what people want and is profitable, I’ll be happy to serve lemonade to everyone while they sign their contracts. Besides, I’m probably going to wind up directing a film version of “The Snorks” and have to own up to being a massive hypocrite.

Hilary Duff in Bonnie and Clyde?

And on that note we come right into an example of what I feel warrants being a little flustered over. Writer/director Tonya S. Holly (When I Find the Ocean) is planning on doing another version of Bonnie and Clyde with Hilary Duff playing Bonnie. If your reaction was anything like mine, a nice hot bath and a back massage will help.

I want to say first and foremost that I have nothing but the utmost respect for anyone who can get a movie made and attach stars. It’s a difficult thing to put together, and credit is due to someone who can do that, period.

But Bonnie and Clyde is considered by many to be one of the greatest films of all time. You want to remake a film that’s considered one of the best in film history, and you want to replace the great Faye Dunaway with Hilary Duff? It’s almost on par with hearing that someone wants to make another version of A Clockwork Orange and replace Malcolm McDowell with that dude from Twilight.

This is what I was talking about when I said that infringing upon classic movie history is shameful. The only guideline for remaking movies should be to not remake a movie that you can’t possibly top or improve upon.

You don’t remake a film that won two Oscars and was nominated for eight more including the actress in the role that you’re replacing with someone from the Disney Channel. I’m telling you, if we lose all our dignity and respect for the history of film, we are that much closer to a remake of The Godfather starring the Jonas Brothers. Think about it.