Blessed is the Match 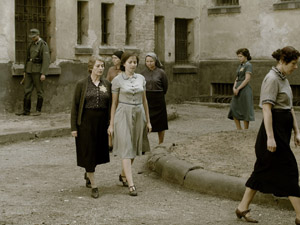 Blessed is the Match

There is no shortage of heroic WWII stories, and yet, few can match the bravery exhibited by a small group of Jewish paratroopers from Palestine who volunteered to risk the only attempt to rescue the persecuted Jews of Europe. Luckily, one of these brave paratroopers, the young poet Hannah Senesh, like her contemporary Anne Frank, was a prolific diarist.

Seeing the injustices that were a way of life for Jews even in the most accepting of societies like her native Austria, Senesh joined the Zionist movement and against her family’s wishes, left for Palestine. When word began to flood into Palestine about the Nazis treatment of her people, including her own family in Austria and France, she felt unable to sit idly by. One of only a handful chosen for the task, she joined the mission to free the Jews of Budapest.

That the mission failed, that Senesh was captured in the end and ultimately executed, is not the point. Senesh believed that if one Jew in a concentration camp heard that someone had tried to help them, that flickering flame of hope could be carried in their hearts until their liberation.

This documentary is intriguing and heart-wrenching from start to finish.

Blessed is the Match releases in select theaters Feb. 6.