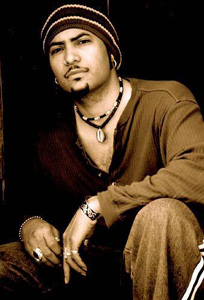 Not for the thin-skinned, Shang reminded the sold-out crowd at the Improv that the best comedy comes from experience.

Being a light skinned African American, Shang discussed, delighted and did not shy away from topics such as skin color, people who are still racist, politics and recently having his first child.

Potent, important, but never preachy, he got the crowd laughing from the beginning of the show until the end. It seemed as if he was just getting warmed up, as the energy from himself and the audience continued to get higher as the jokes got funnier and funnier.

As another light-skinned African American leads the way trying to put a sense of hope in this country, the President has a little help from another, an honest and hilarious brother who I hope will always keep his own thick skin – Shang Forbes.