ALL HAIL THE QUEEN 'B': XOXO to Blair Waldorf 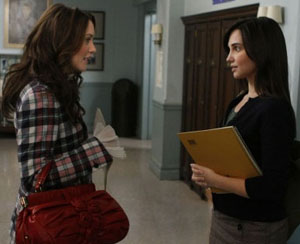 Does anyone even remember any of the characters from “Melrose Place” besides Heather Locklear’s Amanda Woodward? The show’s execs added Amanda to shake things up after the first season started slumping in the ratings, and then the series skyrocketed to success.

The modern-day Queen B of all is, of course, Blair Waldorf. Blair, played by Leighton Meester, makes “Gossip Girl” the only show on the CW worth watching.

Blair has her soft side, but once ignited, her evil side is the most fun to witness. Since she’s currently waging war against the new English teacher, Rachel, who is keeping admission into Yale from becoming a reality, this is the time to start watching “Gossip Girl” if you aren’t already.

TV Time
The Paley Center celebrates the holiday with with a look at "Jingle Jangle: A Christmas Journey"
395 views