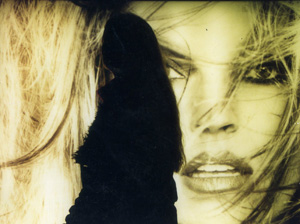 Almost time for either the Cinderella-type fairy tale or the horror movie to begin for most club-goers, depending on the motions and motives of the stars and the supporting cast in tonight’s show.

The stars here are not the celebrity type; they are stars who are making wishes on one another hoping to fill their immediate schedules, instead of filling the skies.

As far I know the stars in the sky cannot satisfy sexual desires like the ones in this club; for if they could, everyone would be outside looking up, not here inside looking around.

A moment ago I let in Mystery Girl, who was without money or phone. She was armed only with an empty oversized bag and ID that she said I could hold in lieu of payment to enter while she looked for someone inside.

I declined to hold her ID, because no one in Los Angeles should ever be without their identity – although many seem to lose theirs (pun intended) – and this was not a pawnshop.

I must admit a few things, however.

1) Some people go to clubs when certain times are tight, and they are down on their luck, as they do pawnshops.

2) Some people go to clubs when they don’t want to earn or work hard for a certain something; they just want what is sometimes quicker, cheaper and easier to get, like at a pawnshop.

3) I’m wondering who Mystery Girl is, who she is looking for and what that person’s relationship is, if anything, with her.

The questions in my head, like the people waiting to get in at this door, are now multiplying. What’s Mystery Girl’s real name? I hope it isn’t actually Cinderella, because it is now past midnight.