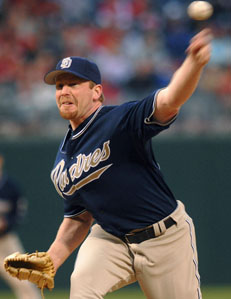 Spring training is just around the corner, and Manny Ramirez remains unsigned.

The Dodgers have continued to improve their roster, however, after the latest signing of veteran left-hander starting pitcher Randy Wolf. The Canoga Park native was signed to a one-year deal with $5 million guaranteed. It could be worth up to $8 million if the ex-Pepperdine Wave player pitches 200 or more innings.

Wolf is most likely to earn a starting role on the pitchers rotation, with five others expected to compete for the fifth and final spot. He is the sixth free agent the Dodgers have signed this off-season.

But what is going on with Manny? He rejected the latest Dodgers offer of one year worth $25 million, which would have made him the second-highest paid player in MLB.

The San Francisco Giants are the only other team considering signing Manny but have not made an official contract proposal.