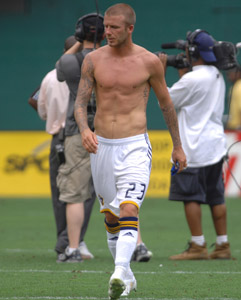 WHAT WILL HAPPEN WITH THE L.A. GALAXY?

And the Galaxy? Well, it is still a team that is destined to compete with or without them.

Beckham has made it official that he wants to say with AC Milan, but the Galaxy rejected their latest transfer fee offer of $10 million. The Galaxy has stated two things: It wants Beckham back, and AC Milan will have to make a substantially higher offer for the Spice Boy.

On the other hand, Donovan wants to improve his game. This means he would most likely not pass on the opportunity to keep playing in the Bundesliga.

Los Angeles could be without its two highly profiled players. What will happen?