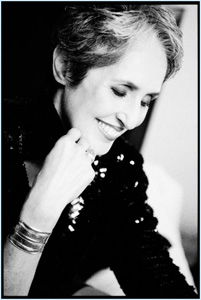 According to research performed by UCLA distinguished professor of psychology Patricia Greenfield, technology produces a decline in critical thinking, reflection and analysis. Exposure to visual media like video games and television has increased while reading for pleasure has declined among young people, resulting in less engagement of the imagination.

According to Greenfield’s research, you might want to stop using Facebook during class because studies show that students with Internet access did not process lecture as well as students who did not have access, and when tested after lecture those without access performed better.

An Evening with Joan Baez

Folk icon and generally cool lady Joan Baez, not to mention one-time lover of Bob Dylan, is gracing UCLA with her presence for a live concert Feb. 19. She has a new CD out, Day After Tomorrow, which is her first to hit the Billboard charts in almost 30 years, and her live show will evoke the spirit of hope and protest that she is famed for.

A unique Valentine’s date would be to see UCLA’s Film & Television Archive Treasures screening of The Model and the Marriage Broker, a George Cukor romantic comedy about a Manhattan matchmaker who has a hard time finding love for a lingerie model. Also showing is The Mating Season. 7:30 p.m. $10.

Want learn how to party like it’s ... the 15th or 16th century? The UCLA library is hosting a Romeo & Juliet Renaissance Ball on Valentine’s Day with instructional 15th and 16th century dancing for couples. No shaking your booty here, just a great opportunity to get in period costume and learn some new moves with your partner. 8 p.m.-10 p.m. Space is limited; RSVP to Catherine Brown at (310) 206-4608.

Fly to Mammoth on the Cheap

Want to take a spur-of-the-moment trip to Mammoth Mountain for some snow adventures? Horizon Air offers a daily service from LAX to Mammoth through April 12.

Flights depart daily at 2:20 p.m. and arrive in Mammoth by 3:25 p.m., plenty of time to hit the slopes before nightfall. Fares start at $99 and can be purchased a week before departure. This is a nice alternative to the standard spring break in Cabo.