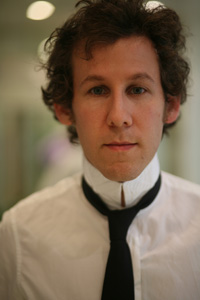 Following Ben Lee’s career is like witnessing an episode of “This is Your Life.” The singer-songwriter (for those who can remember) got his start as a teen rocker in the Australian band Noise Addict. He soon branched out on his own as a solo artist on the Beastie Boys’ once-thriving label, Grand Royal. During this time, Lee was romantically linked with actress Claire Danes, while making great strides as the dreamy, bat-your-lashes adorable singer of his generation.

But that’s the old Ben.

In his current incarnation, Lee is a strong and spiritual presence whose idealism has evolved from life experience. On Dec. 29, 2008, he exchanged vows in a traditional Hindu ceremony with actress Ione Skye in India (The nuptials mark the first marriage for him; the second for her.). Not only did the wedding alter Lee’s relationship status, but it also made him a stepfather to Skye’s daughter from a previous relationship.

All the change in the air around him was an impetus for The Rebirth of Venus, his seventh studio album. Proceeds from its sales will be donated to Finca’s Village Banking Program, which supports the entrepreneurial efforts of low-income women across the globe. The effort also has a heavy focus on ideas and themes that are largely devoted to and evocative of feminine energy.

“I wanted to make an album that was dedicated to a lot of ideas that are sort of out of fashion,” he says of his inspiration.

To him, resetting his counter in the country of India “to get [his] head straight” also played a large part as muse.

“Essentially, nature wants us to have bliss and job and excel,” he explains. “I think that was sort of the genesis of it.”

Taking its bookend position as the grand revelation is the album’s vibrant accompanying art. The cover is a take on Botticelli’s The Birth of Venus and features the singer as well as Skye emerging from a clamshell, as friends float – as angels – overhead. Despite the references to art and mythology, the Botticelli remake sprung from a highly unlikely (and amusing source).

“My brother-in-law has a picture of it in the bathroom,” says the singer.

That painting in Donovan Leitch’s house set Lee’s wheels in motion, and the rest evolved from there.

Helping to bring out the tone and complexities of the new songs is producer Brad Wood. He and Lee have worked together on previous efforts like 1995’s Grandpaw Would as well as 1997’s Something to Remember Me By. For The Rebirth of Venus, Lee wanted to get back to basics, and he knew Wood could help him do that.

“There’s something very natural with us,” he says of their previous collaborations. “We make pretty good records together.”

Still, don’t count on this talented Aussie wasting time to focus on the trappings of showbiz and celebrity. Despite his massively popular album, Awake is the New Sleep (which captured Best Song of the Year honors in his country), Lee looks at where he’s been – the accomplishments and the hardships with a sense of humility.

“To some people, my level of success is not that successful,” he confesses.

He adds that he’s not the grand authority on what makes a record great but says that there is always a key factor: “It’s about a momentum that an album has, and whether people are talking about it.”

While the fanfare and buzz swirl around his The Rebirth of Venus, Lee is simply content to be the best father figure, husband and man he can be.