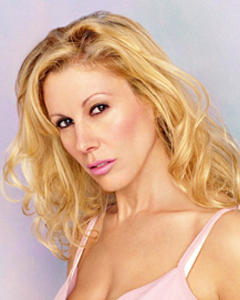 My boyfriend and I have been together for three and a half years. We recently had a fight that lasted three weeks. We finally sat down last night and talked things out.

Afterwards, he looked at me and said, “You look great, you been exercising?”

That was nice of him to notice.

On his way out the door he said, “I’m going to call you over so don’t go to sleep.”

I was not in the mood to be intimate; I was mentally drained. He called, but I had the ringer off so that I would not be tempted to answer.

Why do men want to have sex when they see the physical part looking hot? Should I have given in to sex just because he wanted to?

I would not have been mentally there. I was not ready to jump back into the sack quite yet. After fighting for three weeks, is it OK to have sex?

Men like to make up by having sex, whereas women don’t feel like having sex until they have made up. You can see how this might cause problems between the sexes.

If you were too mentally drained to have sex, then you did the right thing by not answering. However, I would have preferred if you had just been honest with him and told him you were just not up to it at that moment.

He was probably turned on by seeing you looking so good, especially after not having been intimate with you for over three weeks.

I met a young man 23 years younger than myself online playing a game. We ended up falling for each other three months into the game and then three months later we met each other.

We had so much in common even with the age difference. It was a long-distance relationship, but we fell in love. We were together for a year after we met, and then we both started feeling strange about the way people would look at us when we held hands or hugged.

After a few months, we decided it would be best to just be friends, and it has been so difficult. I love him so much; want to be with him all the time and I just don’t know what to do anymore.

Is this normal? I was married for 25 years and never ever had the type of relationship with my ex that I had and still have with my friend. We laugh, cry, tell each other things that no one else ever knew.

Can we still keep this relationship alive without the love  making and still have the love exist? We both think we can, but others tell us we are just kidding ourselves.

Welcome to the wonderful world of younger men. People who have not experienced it for themselves can’t believe that an older woman would be able to have a strong connection with someone so much younger, but you and I both know better.

As I’ve always said, the reason there can be such a connection is because it’s about energy, not age. You’re connecting on a deeper, soul level, and of course, the soul is ageless.

If you are in love and want to be together, then go for it. Who cares what other people think or say?

It’s none of their business. They are simply stuck in an outdated way of looking at things and don’t know how much they’re missing out!

It can be so difficult to find someone you deeply connect with, that when you actually do, you need to follow your heart.