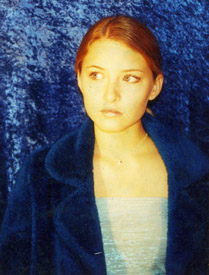 It’s after midnight in Hollywood.

Apparently many of these princesses didn’t believe in Cinderella because the line to get in the club has now tripled since before 11:30 p.m.

Maybe they know; they just want to be the star of their own story, as so many pretty young things do here, arriving fashionably late yet demanding to get in NOW.

Now, however, is not the time to be demanding, because I get paid the same amount of money no matter whom or how pretty they are, what time they get there or how sweet or sour their attitude is to me at the door. Sweet ones get paid compliments; sours get paid no mind.

My attitude, like my paycheck, remains the same every night, so I’m not fazed or flattered by bitchy comments or weightless compliments from people who need to get in NOW.

This last thought is now being said out loud to the couple standing right in front of me who wouldn’t be out of place in a 1989 aerobics workout video, on VHS, of course. VHS in this case stands for Very Hopeful Scenesters.

Androgynous Boy, who is either hard of hearing, intoxicated, or both, is now yelling at me that they are on the list and they need to get in NOW, while his matching spandex-wearing friend just stares and smiles; the gold glitter on her face almost as bright as their outfits.

Luckily, for AB, her brightness balanced his bitchiness out as I just smiled.

“You’re not on the list – 30 bucks,” I said to him, as he already knew this, angrily placing balls of crumpled up bills on the counter.

“Have you ever seen Xanadu?” I asked Glitter Girl.