WHERE WILL MANNY PLAY BALL? 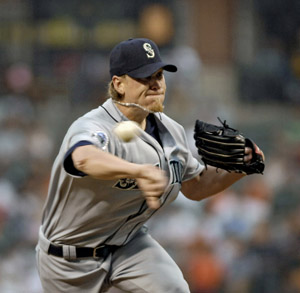 The Dodgers have reported to Spring Training, but there is still no sign of Manny Ramirez.

Several individuals remain optimistic in Ramirez signing with the club. Joe Torre, Ned Colletti and Matt Kemp are among those who expect the Dominican to come back with the organization.

Unbelievable as it may sound, the Dodgers have reserved a locker room spot for Ramirez. Is this a clear indication that management expects him to be back in Blue? Perhaps this is what they want to believe, but only time will tell.

It is apparent that the Dodgers do not want to offer a contract longer than two years. And it is evident that Ramirez does not want to sign anything that is shorter than four years. Chances are that both sides might come to an agreement on a three-year deal with an option for a fourth that could be worth up to $60 million.

Does Ramirez deserve this type of money? Yes, he does. He brought a spirited and energetic demeanor back to Chavez Ravine.

Do the Dodgers have the financial assets to spend on Ramirez? Yes, they do. However, the economy is a factor on top of the fact that Frank McCourt and his wife do not wish to open their wallets as much as they should.

The San Francisco Giants are believed to be the other contender in the Manny sweepstakes. If he ends up a Giant, then Dodger fans will indeed never forget the day this occurs. They will forever be bitter and potentially despise the Dodgers’ senior management.

The day the Dodgers sign Ramirez will be a glorious, luminous, heavenly-like day for Los Angeles. Nonetheless, the day that he signs elsewhere will be a catastrophic and devastating one.

On another note, pitcher Jeff Weaver signed a minor league deal with the Dodgers, hoping to earn some type of role. The team’s starting pitching rotation remains a question for many because it is young and inexperienced.