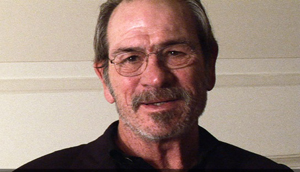 Harvard Beats Yale 29-29 is a captivating and nostalgic look at one of college footballs most enduring games. Director Kevin Rafferty delivers a truly involving sports story, told with a combination of personal stories and archival footage of the game in question. Even people with little interest in football may find it hard not to get wrapped up in the narrative. It is as much a human interest story as it is a record of sports history.

The central caveat is this: Harvard and Yale both enter the game undefeated, though Yale is clearly thought of as the better team and they are expected to win the game.

The story takes place in 1968 and is delivered as a play-by-play account by the men that played in the game. Their memories aren’t always correct, though they are always very frank and very forthright in their recollections. As well, not all of their stories are specifically about the game. Rafferty allows the men to digress and in doing so, his film becomes something of an oral time capsule. Topics range from Vietnam to birth control and politics to comic strips. Harvard team member Tommy Lee Jones (yes, the actor) puts it rather eloquently. “Ideas were flying like bullets,” he says. As entertaining as the game is, it is the personal recollections that make this a uniquely entertaining documentary.

Even the title for this one is entertaining. Obviously, Harvard doesn’t “beat” Yale. The final score is 29-29, so the teams end the game in a tie. The difference is that Harvard was never expected to come out ahead in this game. Yale was supposed to be the odds on favorite to win. Instead, Harvard played tit for tat and Yale left without the victory that they felt they had coming. Harvard’s victory has much more to do with the human spirit prevailing in the face of adversity than with a technical accumulation of points.

Kevin Rafferty has crafted an exceptional document of an important game played during an important era and Harvard Beats Yale 29-29 can be added to a growing list of Rafferty’s accomplished works, including his debut, The Atomic Café (1982), as well as his cinematography for Roger & Me (1989).