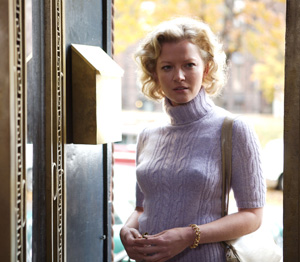 Cameron Bright (X-Men: The Last Stand) comes alive onscreen as a teenage boy with a serious love of cougars in An American Affair. In the film, his character, Adam, develops a massive crush on his saucy blonde neighbor, Catherine played by Gretchen Mol. Catherine’s got ties to John F. Kennedy’s administration — special ties (wink, nudge). As her past unfolds and feelings develop, none of these Washington D.C. dwellers will ever be the same.

Mol and Bright have amazing chemistry with each other. Bright seems to be able to hold his own against the weight of many of Hollywood’s most talented ladies (as he did opposite Nicole Kidman in Birth). Other cast members like “Entourage”’s Perrey Reeves and former “ER” star Noah Wyle are also captivating to watch.

Another compelling character is the period of American history in which the story is based. Sure, there have been a number of recent projects set in the 1960s (such as Bobby) but given current political events, the return to this era is a fascinating one.

An American Affair — while not as riveting as a movie like The Reader — is a complex and wonderful display of cinema and certainly worth a trip to the theater.